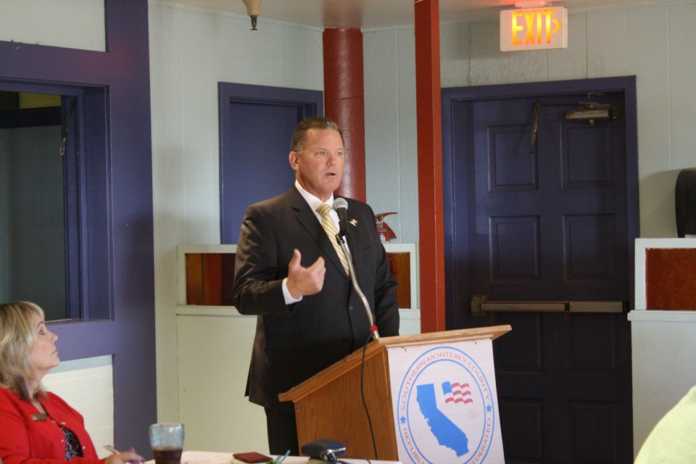 SOUTH COUNTY — Monterey County Sheriff Steve Bernal has a message for undocumented immigrants saying to not get arrested and their citizen status will probably be “safe,” and that if they are arrested his hands are tied.

Approximately two years ago the Sheriff’s Office partnered with Immigration and Customs Enforcement (ICE) due to incidences that occurred with deported felonies in other counties who committed sexual acts with females and a murder of a young female that occurred.

“We didn’t want people to slip through the cracks, so we partnered with ICE and the jail,” said Bernal. “We followed the Priority Enforcement Program.”

Bernal said this was his way of keeping ICE out of the community.

However, with the passage of Senate Bill 54, the approach has changed somewhat. Bernal met with ACLU (American Civil Liberties Union) and COPA (Communities for Organized Relational Power in Action) to get their input of what to do now that the Senate Bill has passed.

“They would rather see ICE out with the community, see me release these inmates and have ICE go out into the community then to see me cooperate with ICE,” Bernal said. “Because honest undocumented farm workers that see me have any type of cooperation with ICE, they tell me just erodes the trust.”

Bernal said that he is going to try to work with ACLU and COPA so that public safety is not compromised and to build trust with the migrant community.

“We want people to feel comfortable calling the Sheriff’s Office to report a crime, whether they are a victim or a witness,” he said.