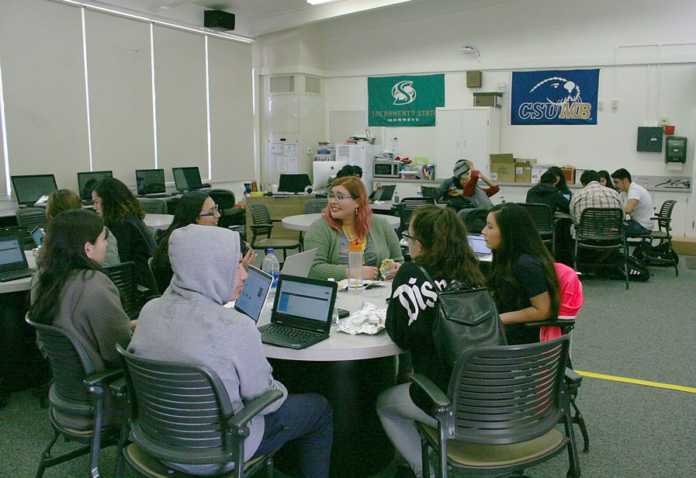 GONZALES — As Gonzales High School students get closer to graduation, a series of workshops have been developed called “Senior Swarm” to aid the next phase of their education and lives.

Senior Cindy Aguilar was chosen as one of the Bezos Scholars earlier this year, and as part of the program, she had to come back to the community to identify a need. Due to her experience and through the Gonzales Youth Council, she was able to develop a concrete plan to address a community need.

“At first I was very focused on immigration because at the time that was a big deal,” Aguilar said. “But, when I came back and had to apply to college, I realized there weren’t a lot of resources for students here in Gonzales.”

Aguilar figured out that one way she could be helpful was putting together workshops on applying to colleges, filling out FASFA forms, writing personal statements and deciding which college is right for the student.

“I’m learning along the way too,” Aguilar added. “We’ve had awesome support like Allie Sanders. She’s been here at all three workshops and brings scholars from CSUMB and they’re here to help us.”

Through the Bezos Family, Aguilar was able to apply for a grant as well as a Community Action grant. The grants have supported Senior Swarm to provide food for the students, resources and potentially sashes to wear for graduation.

The students in the program are all seniors, with about 15 to 30 students attending each workshop.

“This project is like my little baby,” Aguilar said. “This is just me figuring out something that I want to do and getting people together.”