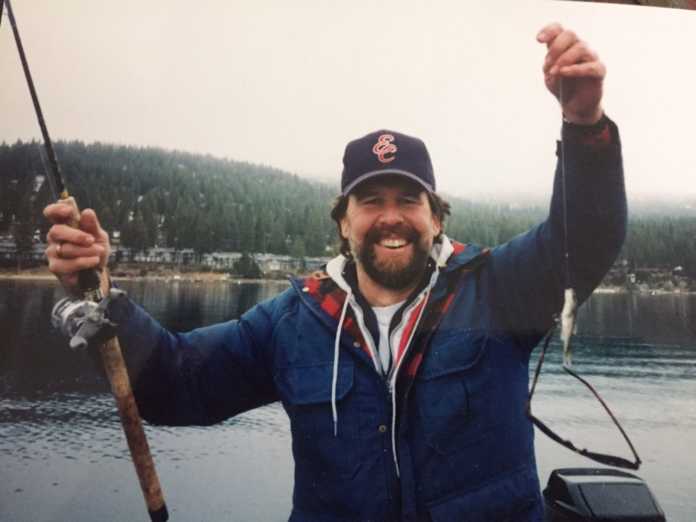 In the early morning hours of August 7th, 2017, Rick Gutierrez passed away from a heart-related medical event while on an annual family vacation in South Lake Tahoe, California at the age of 63. He also fought a brave 13-year battle with Parkinson’s Disease that was not directly related.

Rick was born on January 16th, 1954 to Verne “Bud” and Donna Gutierrez in Salinas, California. Growing up in Soledad, he enjoyed playing in the streets with the neighborhood kids and was always getting into some sort of mischief with his younger sister, Renee. He had a love of animals from a young age and was always bringing home a variety of “pets” from the typical cats and dogs to the more unusual reptiles and birds of prey. He developed an artistic side in his youth that carried into his teenage years and manifested itself in a variety of outlets, from drawing and pottery to photography and film-making. He was also an all-star athlete at Gonzales High School and even played the alto saxophone in the Spartans marching band.

After graduating in 1972, Rick attended Hartnell College and held several jobs while working his way through junior college, one of the most notable of which was his position as a lane attendant at Soledad Bowl, which ignited his passion for bowling. After earning his A.A. from Hartnell in 1974, Rick journeyed to Bridgeport to work for the U.S. Forest Service before returning to Central California to further his education at Sacramento State in 1976. Rick majored in Recreation and Park Administration with a minor in Criminal Justice and graduated with his Bachelor of Science degree in 1978.

Shortly afterward, Rick briefly relocated to Carson City to take a job as a Residential Program Supervisor at the Young Adult Conservation Corps. at Clear Creek. He later landed a job with Carson City Juvenile Probation as a Youth Counselor before returning to California for a Park Ranger position in Mendocino. Rick eventually made his way back to Carson City Juvenile Probation again in 1983 and worked in the youth detention facility before becoming a Juvenile Probation Officer in 1984. He received multiple awards and promotions throughout his career before retiring as Deputy Chief in 2010 and helped many kids and families in his nearly 30 years as a JPO.

Not only did his professional life flourish upon settling in Nevada; his personal life did, as well. He met his wife Julie in 1987 while she was waitressing at Bodines, and they were married in May of 1988 at a quaint yet beautiful ceremony in the Napa Valley. Just shy of exactly one year to the day later, Rick and Julie welcomed their one and only child in May of 1989. Rick’s role as a dad was his most cherished; he adored Elysa. From taking her fishing in a baby carrier at 6 weeks old to coaching her sports teams throughout her youth to enjoying a variety of sporting events and outdoor activities with her and her husband Chad into her adulthood, Rick invested so much of his life into his daughter.

Fishing at Lake Tahoe was Rick’s absolute favorite pastime and is what he was known for sharing with others. One of his most prized possessions was his fishing boat, which he used frequently to take friends, family and almost anyone else out on the Lake to try and catch some Mackinaw trout; however, there were also many water skiing and tubing tows, leisurely cruises and harrowing wild rides through the white caps or “sheep” (as he called them) on the Lund as well. Besides fishing, he enjoyed a variety of hobbies: Camping, hiking and kayaking with his family; playing slow pitch softball with his El Charro buddies; planting and tending to flowers in his beautiful backyard garden full of hand-made water features; taking West Coast Swing dancing lessons with Julie; cooking, smoking and baking his favorite foods from scratch – whether it was raviolis, ribs and fish or cookies, breads, and pies; “rockin’ it” at his Rock Steady Boxing classes; attending Wolf Pack basketball, as well as A’s and Aces baseball games; and teaching his beloved Border Collie to perform dozens of tricks are just SOME of the many different things Rick loved to do.

There is no doubt that Rick had a lasting impact on nearly everyone he came into contact with, no matter how brief the interaction. He was a positive, energetic, caring, and loving man that gave back to his friends, family, neighbors, coworkers, and even strangers.

He was preceded in death by his father, Bud Gutierrez (1996) and mother, Donna Gutierrez (2017) and is survived by his wife, Julie Gutierrez; daughter, Elysa (Chad) Kleidosty; sister, Renee (Kevin) Piearcy; niece and nephew, Amber and John Piearcy; and his four-legged best friend, Molly.

A celebration of Rick’s life will be held at 4:30pm on Sunday, August 27th at Revive Coffee & Wine – 3135 Harrison Ave, South Lake Tahoe, CA. In lieu of flowers or gifts, the family is requesting that donations be made in honor of Rick’s memory to either of the following organizations: