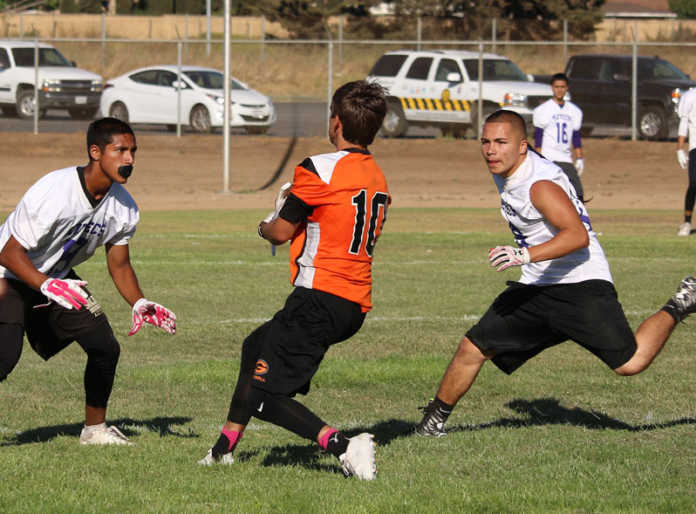 SOUTH COUNTY — South County high school athletic teams began observing “dead week” this past Sunday and athletes will have no contact with their coaches until July 30. Football, cross country and volleyball teams will resume regular practice after that date.

Football teams played in the last South County seven on seven games last Wednesday at Dick Force Stadium in Gonzales. Football helmets will be distributed to players on the first week that school opens for the new school year.

“The seven on seven over the summer have gone very well,” said Soledad head coach Frankie Berlanga. “We competed against Palma, Salinas, Seaside, Alvarez, North Salinas and all of the South County teams. We saw a lot of improvement and consistency take place. I expect to have a 40-man roster this season. Our first official day of practice is on Aug. 4.”

Berlanga’s twin brother Arthur is the head coach at Gonzales High and have been pleased with the number of players that have been working out this summer.

“We had a great commitment by the kids all summer,” said Berlanga. “We averaged 35-42 kids every day. We will hand out helmets on Friday, Aug. 4, and the first day of school is Thursday, Aug. 10.”

King City played in a seven on seven tournament on Saturday in Carmel in preparation for the upcoming football season.

“We did very well at Carmel,” said Mustang head football coach Mac Villanueva. “We had five sessions versus some quality schools and 20 plus schools showed up. We will issue gear on Monday, July 31, and school open on Aug. 7.”