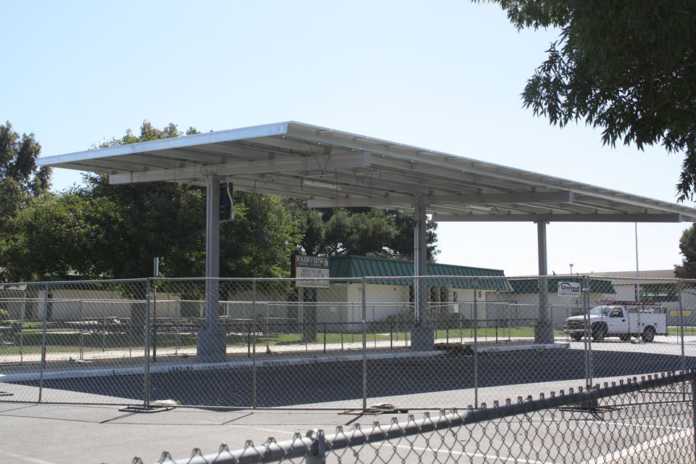 “GUSD is working on reducing overall expenditures, such as electricity, which will allow more funds to be directed toward student outcomes,” said Mary Dawson, assistant superintendent of business services. “We are being considerate of our environment by going green.”

The solar project has been a topic of discussion for the Gonzales Unified School District for a while now and the solar panel project is anticipated to be completed Friday, Aug. 3.

Following that, the panels will not be operational until the connection is finalized by PG&E.

There are a total of 13 panels at three school sites, six at Gonzales High School, three at Fairview Middle School and four at La Gloria Elementary.

“Currently, there are no projected out-of-pocket costs to the district,” Dawson said. “The current PG&E billing will be reduced, thereby allowing those funds to be used to pay the monthly cost of the solar contract.”

According to Dawson, the school district will be paying 19.6 cents per Kilo Watt Hour.