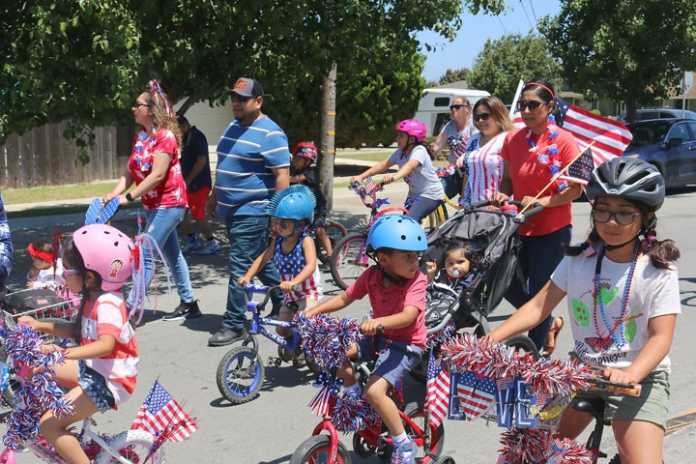 GONZALES — This year’s Fourth of July parade in Gonzales featured some of the city’s best riding in cars, bikes and horseback.

Korean War veteran Joe Pedroza, 83, a member of the Navy, led the parade from the Gonzales High School parking lot, down Seventh Street and to Central Park. Pedroza and his wife Jane were residents of Gonzales for many years.

Parade participants included the Spartan marching band, the Gonzales Little League Baseball All-Stars, the Gonzales Flag Football program and the Soledad Aztec youth soccer travel team, which has done well in various tournaments in the Central Coast and beyond.

Also participating in the parade were trucks and tractors from the City of Gonzales, the Gonzales Lions Club and Gonzales Dental.

Children of all sizes rode their bikes during last Thursday’s parade as well.

After the parade, many of the participants spent the rest of the afternoon at Central Park to hear the live bands that included the Chicano All-Stars, the Gonza Boyz and Samz School of Rock.

Santa Lucia Elementary participates in By the Bay 3K