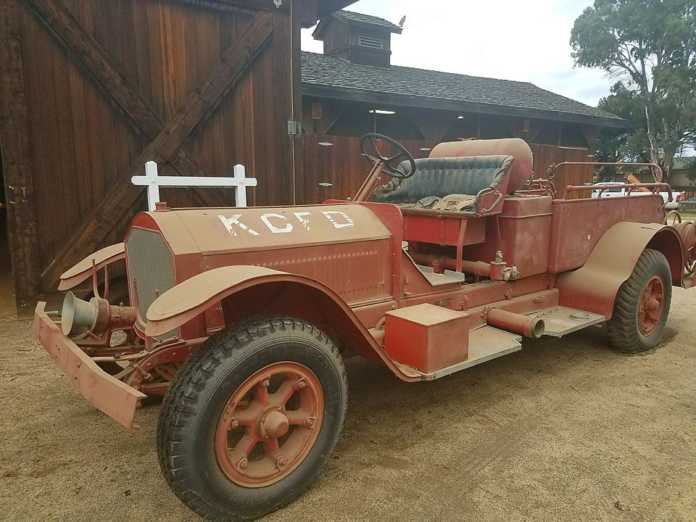 A no-host bar will be available with specialty margaritas, beer and wine, in addition to tacos from La Potranca and live music with the Los Vaqueros Hunting Club Traveling Band.

According to MCARLM, “This event will be the kick-off fundraiser for the restoration of this important piece of King City history, so show your support and see the truck in its current condition.”

Tickets are $20 each and will be sold at the door.

Cocktails in the Barn will kick off fundraising efforts to restore the 1920 American LaFrance fire engine, which the museum acquired in March from the City of King. The engine had been on display at the Meyer facility for many years but was most recently stored in one of the Rava Ranches storage facilities.

“We are still trying to get information on the truck, but unfortunately, there really isn’t a lot,” said Jessica Potts, executive director of MCARLM. “We are in need of historic photos and information.”

According to Potts, the King City Volunteer Fire Department was organized in 1909, originally using hand-drawn hose carts to fight fires in the area. It was not until 1920 when the department purchased its first fire engine from American LaFrance, one of the oldest fire apparatus manufacturers in America.

Now housed at MCARLM, the fire engine is in need of a full restoration and will be the museum’s main focus of fundraising over the next couple of years, Potts said.

Once restored, the engine will be shown on rotation in the gallery inside the Main Exhibit Barn.