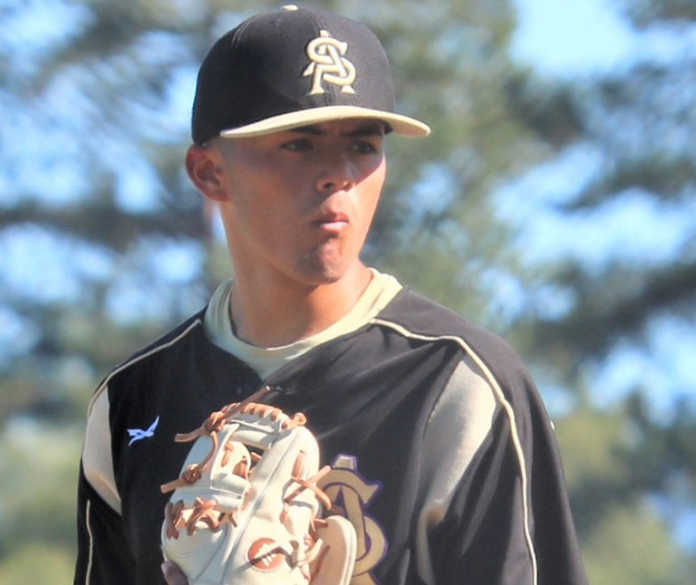 GONZALES — Adrian Lopez, a senior infielder and pitcher for the Soledad High baseball team was chosen as the Mission Trail Athletic League Player of the Year in a meeting of league head coaches. Lopez led a trio of Aztec players that were picked to the All-MTAL first-team. Hunter Hanes of Pacific Grove was the MTAL Pitcher of the Year and Gonzales head coach Erik Lopez was the Coach of the Year.

Lopez, the 17-year-old son of Cesar and April Lopez of Soledad will study and play baseball next school year at West Valley College.

Soledad players on the first-team were Aaron Rodriguez and Isaac Lopez. King City’s Clay Barbree and Xando Mendez were first-team All-League. Greenfield was represented on the first-team by Jaime Rodriguez, Tony Castro, and Ubaldo Trujillo. Rounding out the first-team were: Hanes, Jack Sendell, and Trevor Heyn of Pacific Grove; Taylor Balestrieri of Stevenson; Dylan Houpt, Christian Stapleton, Ben Weber of Carmel; and Chris Wright of Trinity.

In last week’s Central Coast Section playoff games in Division I and Division II, Soledad, Greenfield, and King City were eliminated in the opening round. Soledad, the #10 seed in Division I was shut out by a 6-0 score by #7 seed Los Altos. The Aztecs finished the season with a 20-8 overall. Los Altos is playing in the division semifinals tomorrow against #1 seed Wilcox.

Tomorrow Burlingame with play in the semifinals against #1 seed Sacred Heart Cathedral.